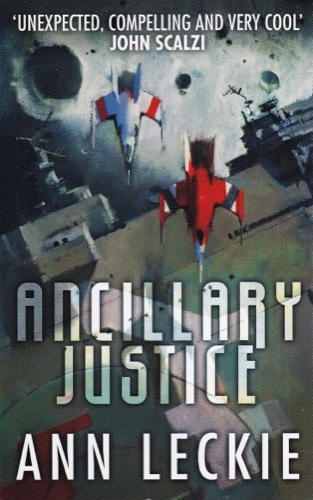 Those of you who follow my reviews know that I love lists, lists of bests, lists of award winners, and that I let those lists guide me in my choices for what to read and what to collect. Well, one day I was explaining the Hugo’s to a colleague of mine (who loves to read but never looked at science fiction twice). He asked why they are called the Hugo’s, and while I did know they were named after a Hugo, I had forgotten who he was. So, on to Wikipedia we went where we found out it was Hugo Gernsback, founder of the SF magazine ‘Amazing Stories’. But, it also said “The 2014 awards will be presented at the 72nd convention, Loncon 3, in London, England on August 18, 2014.”. And it just so happens to be that we (DH and I) will be in the vicinity of London that weekend. So, after a bit of research, a bit of planning, a bit of compromising… we bought the tickets, and we are going to try our best to attend the Hugo Award ceremony. But, back to the book. I hadn’t read any of the nominated novels, and I did have a gift card to one of my favorite bookshops, so I had to buy the book that is all the rage this year, Ann Leckie’s “Ancillary Justice” and see if it held up to the hype. Breq is an AI. She lost her ship ‘Justice of Toren’ (herself) due to a treachery that shouldn’t even be possible. Because it is so impossible only she can stop it, but she’s been working towards this goal for the last twenty years. How can she do this, alone, not even a citizen, not even human? And how can she do this when she finds Seivarden, a lieutenant who served on ‘Justice of Toren’ over a thousand years ago, more dead than alive and feels (?) responsible for her. I have to be honest. When this book first came out, and I read the summaries (I skip most reviews in fear of spoilers) I thought it would be too much hard science fiction for me. I only picked it up because I am very easily influenced by everybody else saying something is good. However, in this case I am so happy to admit that my first instinct was wrong and all those other people were right. I loved this book, I could not put it down. The reason was two-fold. On the one hand it reminded me so much of the ‘Culture’ universe that Iain M. Banks has created. I love ‘The Culture’, and that there won’t be any more books makes me so sad. On the other hand it was the wonderful way Leckie handled gender by making it a non-issue in the Radch empire. The book flips between the now, where Breq is trying to get her revenge and twenty years earlier, leading up to the treachery. This is a good method of letting the reader know about the ‘Justice of Toren’ as a ship, and about Breq, an AI alone. This makes the impact of Breq alone even more powerful. What more can I say, this is a wonderful book, and a series I’ll be sure to follow, hoping that the second book (“Ancillary Sword”) can live up to this one. Five out of five stars.