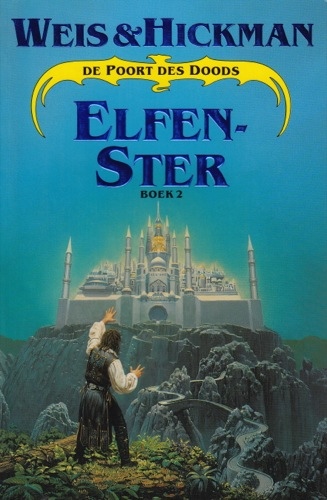 ‘ElfenSter’ or ‘Elven Star’ is the second book in Margaret Weis and Tracy Hickman’s Death Gate Cycle series. We travel to a different world now, one where humans, elves and dwarfs live on one immense ‘planet’. Our old friend Haplo travels to that land to plant the seeds of discontent, only to discover that by the time he gets there, the land is already in great turmoil because of the attack of the tytans. Will Haplo find out more about the Sartans and where they went? And will he actually help those on the planet? Like with the first book I missed some of the depth and originality in the world Weis and Hickman have created. However, my expectations were based on the previous book, and to me this book was about the same. A pretty enjoyable story, but nothing very special. Three out of five stars.