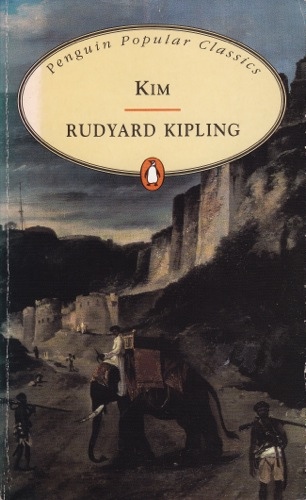 In my mission to read more classics I picked up ‘Kim’ by Rudyard Kipling of ‘Jungle Book’-fame. Kim is a young orphan of Irish descent who lives in Lahore. He meets Teshoo Lama, a lama from Tibet who is looking for a sacred river to achieve enlightenment. Kim helps him as his chela, because while Kim has street-smarts, the lama is naïve and knows nothing about the way to travel in India. Together they travel looking for the river. One day they run into what turns out to be Kim’s father’s old regiment, where Kim is taken by the two men of faith of the regiment to be given a Western education. Kim struggles against the idea, he wants to stay on the streets, but to his dismay, even Teshoo Lama supports the idea. So, he ends up in the best school for British boys in India, where he is recruited into the Great Game. For the rest of the book, and maybe for the rest of his life, Kim balances between taking part in the Great Game, or living his street-life as an Indian boy. When reviewing an older book, I always try to take into account the time it was written in. Older books tend to be slower than those written now, and the language can be confusing. But even with those considerations, ‘Kim’ failed to grab me. In part it was because the story felt rambling, and there only seemed to be a purpose or a goal to the whole thing near the end of the story. I have to admit, this was the first time I heard of the Great Game, and those parts of the story intrigued me, as well as the descriptions of life in India in the 19th century. Still, I was a bit disappointed with this book, so it gets three out of five stars from me.