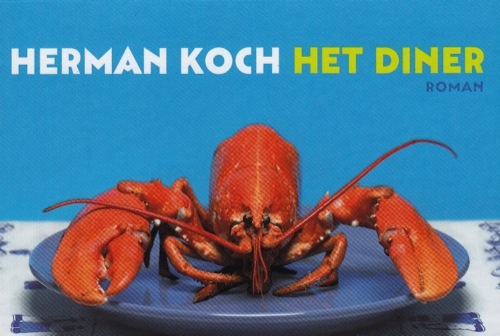 One of my resolutions this year was to read more Dutch novels, which I never really do. So, I decided to take part in the “Ik lees Nederlands! 2014” challenge (I read Dutch 2014). I pledged to read (at least) 10 works by Dutch authors in Dutch this year. My first read for this challenge is ‘Het Diner’ (translated as ‘The Dinner’) by Herman Koch. The main character Paul is invited to dinner in a fancy restaurant together with his wife Claire, by his brother Serge and his wife Babette. They need to discuss something their kids did together, something that will impact all of them so they need to discuss how to handle it. Serge tries to lead the conversation, he is a candidate for the post of prime-minister in the upcoming elections, but Paul and Claire don’t want that, and try to take control back. I really can’t say anything more about the plot, that would spoil it. What I liked most about the story is how it slowly tells you more and more, growing bigger and bigger with the new information you as a reader learn. It is told by the courses of the dinner, but also in flashbacks of Paul, of his own life and of his life with his son Michel. The writing from the first person viewpoint of Paul is a great way to grab you and to make you see things from his point of view. However, at the end you have to think to yourself, what would you have done? What is the right thing in this situation? A great conundrum in a great book. My first five-star read of 2014.