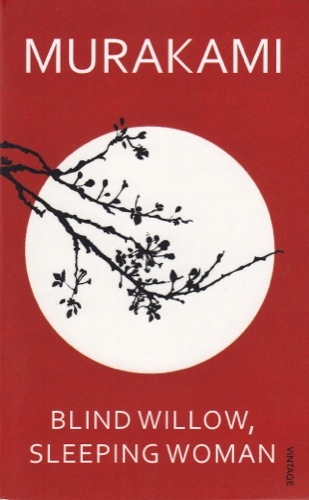 I’ve talked about my love for (translated) Japanese writers before. That they have their own style, that their stories seem to take more time to evoke a mood and give you a certain feeling while reading it. My first and favorite Japanese writer is Haruki Murakami, with his weird stories that fall in the genre of magical realism. “Blind Willow, Sleeping Woman” is a short story collection by Murakami. In his introduction Murakami tells us that he either writes novels, or short stories. He won’t write on a novel while working on short stories, and vice versa.
This collection has several stories that have the magic that Murakami is known for. Things that are just slightly off, a form of magic in the world that everyone accepts as part of daily life. Some stories are just episodes in a life, dealing with things like coincidence. Some stories seemed familiar, as if I had read them before, or as if they were later explored more deeply in one of his novels.
The collection is very charming, exactly like you would expect from Murakami. No grand action sequences, but magic in small things. Four out of five stars.