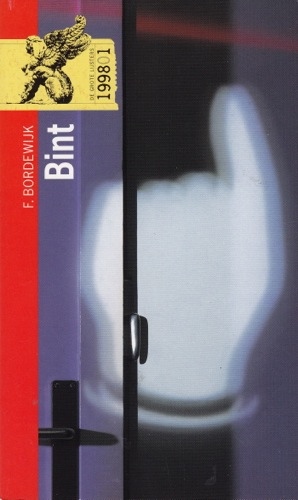 I have a confession to make. Back in high school, I did love reading (I have always loved reading). But like any other teenager, I hated being told what to do. Or what to read. So when I had to read a whole list of books for my Dutch class, I think I read maybe half of them, if that. I bluffed my way through my oral exam about literature, and that was that. A couple of years back I realized that I might not like other to tell me what a classic work of literature is, but if a book is considered a classic by many people over a long period, it could actually mean that the book was pretty good. I only ever tested this out with English literature though, and kind of kept skipping Dutch books (I still read mainly English because I like British and American writers better). I did start collecting Dutch classics like ‘Max Havelaar’, ‘Camera Obscura’ and ‘De donkere kamer van Damocles’, but I still never read them. After discovering a whole pile of my husbands Dutch books from high school (from his mandatory reading for Dutch), I figured, maybe I need to start doing my homework and read that list of Dutch classics.
So, ‘Bint’ is the first book I started. A short work (76 pages in my version) from the thirties by F. Bordewijk about school principal Mr. Bint who has decided to bring back discipline to the school. He has made himself unpopular in the town by doing so, and there won’t be any new students. There is only year 4 and 5 kids left (juniors and seniors in high school). The story is told through the eyes of Van Bree, a temporary teacher in Dutch, replacing one that has been chased away by class 4D. 4D is Bint’s special class, a collection of unruly kids who need the discipline he offers and follow his short and concise orders no matter what. The book describes the one year Van Bree teaches 4D and three other year 4 classes (the flowers, the browns and the greys, he calls them, 4D is the hell).
The language used in the book takes some getting used to. It is almost as if descriptions are only half written down, a lot more is implied than said. Of course there is a lot more going on than just the main story, why else would it be selected for Dutch class? It is a dystopia about discipline and mindlessly following orders, written around the time of the rise of fascism (1934). It is also about the leaders dispatching orders, and their strength. And it’s about resisting discipline (and the futility of resistance, because the goal is unclear, the leaders of the resistance disappear and life goes on like before). At least, that is what I made of it, and I have no Dutch teacher to correct or grade my work ;) (I think, who knows who will comment). I enjoyed the book, and give it four out of five stars.