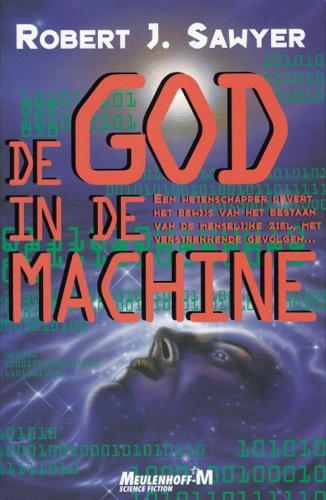 In the near future Peter Hobson is a scientist in Toronto who has invented a super EEG that can determine the exact moment there is absolutely no electrical activity going on in the brain anymore and a person is truly dead. However, while testing his device he discovers something he calls the soulwave, a bit of energy nothing like normal brain activity that leaves the body at the exact time of death. Separately, another business has developed a method for immortality using nanobots. So now there is a possibility of life after death because we do have something like a soul, or immortality.
Together with his friend Sarkar, who has a company in AI, Peter starts an experiment to discover what immortality or life after death mean for a human. They make a three digital copies of Peter, one without a reference to a body (life after death), one without fear of death (immortality) and a control copy who is like Peter in every way. They are run on a mainframe at Sarkar’s company, but soon feel trapped and escape to the Net. And then people in Peter’s surroundings begin to die. People Peter wasn’t that fond of…
I raced through this book, I could not put it down. I was both fascinated by the discovery and implications of that discovery of the soulwave, as I was by the experiment with the three not so artificial intelligences running loose in the net. I liked how there is a science fiction storyline in the soulwave and AI’s, and a human one, with Peter and Cathy’s relationship. I thought the conclusion was really good too, even the epilogue, although it was unnecessary. Five out of five stars.