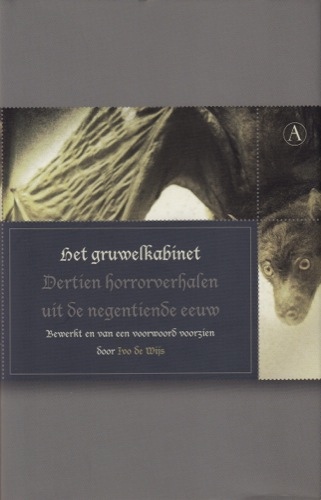 ‘Het Gruwelkabinet’ is a collection of Dutch nineteenth century horror/scary stories edited by Ivo de Wijs. It is said that there is no Dutch literature from the Romantic period, but this collection and others before it aim to show that that is not true. The stories in this collection all have familiar themes for those who’ve read early nineteenth century ‘scary’ stories. I say ‘scary’ because for a modern-day reader they are not that scary. They mostly deal with evil in human nature, such as murder, infidelity and lying. There are some supernatural elements in some stories (a gypsy curse for example), but for the most part the stories are pretty tame. It is a nice collection to also get to know some Dutch works from that period and because of the work by De Wijs, it is very readable in modern Dutch. Four out of five stars.