The Twelve by Justin Cronin 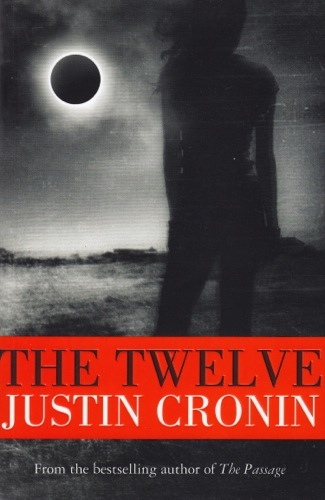 ‘The Twelve’ is the second part in the trilogy started by Justin Cronin in ‘The Passage’ about an apocalyptic future with a vampiric virus, used by the US Army to breed super soldiers. Of course this has gone horribly wrong, which leaves the few surviving humans of that catastrophe in a world with immortal virals out for their blood, led by The Twelve, infected death-row inmates who control their own pods. Those Twelve are let by Zero, the first person to be infected and the source (eventually) of the virus in all infected humans.
In ‘The Twelve’ we get part of the back story, the outbreak of the Twelve and the disaster they unleashed upon the American continent. We are also in a period just after the time in ‘The Passage’, where we continue to follow characters like Peter, Sara, Alicia and of course Amy. In ‘The Passage’ they discovered that destroying one of the Twelve destroys their pod, so they now know what to do. But doing it isn’t that easy. We discover new horrible colonies of humans and we learn more about Kerrville and their way of life.
This book was a good solid middle in the trilogy. It gave us an update on the characters of the first part, has a really good story on its own, and leaves me anxiously waiting for part 3 (‘The City of Mirrors’), which will come out in 2014. I love the reason for the infection in this trilogy. Not the reason itself, but just the fact that Cronin has developed a good solid explanation for the infection, The Twelve and how to fight them. And I love how the infection itself is no clear-cut thing. Amy, Alicia, Carter, Wolfgast, all are examples of how not every viral is just a viral. What can I say, if you liked/loved ‘The Passage’, continue the reading journey in ‘The Twelve’. Four out of five stars.