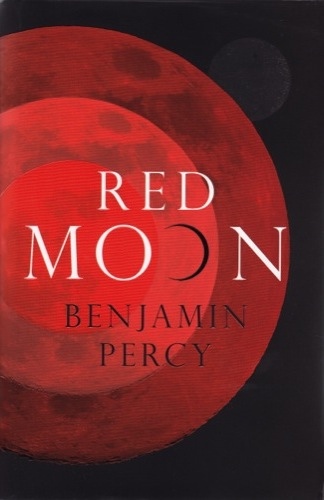 I was drawn to ‘Red Moon’ because it fits in the current tradition of dystopian novels about supernatural beings (vampires/zombies/werewolves) and I can’t remember really reading a dystopian one about werewolves before.
This is a world (our world) where lycanism is a known and much occurring infection in humans. It’s been around since the early middle ages, and so people know no better than that there humans and lycans. The lycans are just like us, except when the full moon rises, they turn into something wolf like with super strength and a craving for human flesh. In this world humans and lycans live side-by-side, but as we (the readers) soon see, lycans are second-rate humans at best. They are obligated to take medication to keep their condition under control, and have their own country between Finland and Russia.
The novel starts with an attack by a lycan on an airplane, where all passengers except one boy are killed. The US government hits back hard against the lycans, arresting many of them that same night. One girl gets away while she sees her parents being targeted. This is the story of both, and of the future of both humans and lycans.
On the one hand, this novel has a nice back-story about the werewolves, where they come from and how they live. The author tries to remove the supernatural, magical element from them and give a nice medical explanation. On the other hand, this novel isn’t really about the werewolves at all. It is about one group of humans against the other. About terrorism, discrimination and living together. About a boy from one group and a girl from the other, and their sometimes intersecting lives. There is hardly any need for the werewolves at all. It’s an entertaining novel, but in all types (dystopian, werewolves, boy/girl from different worlds) I’ve read better. Three out of five stars.