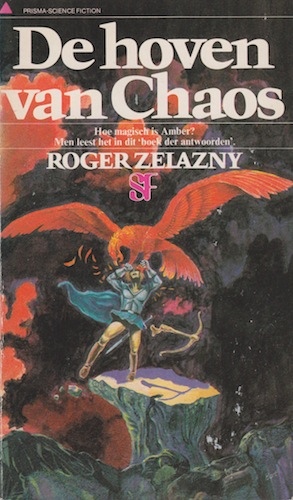 The last book in the first Amber Chronicles, which mostly has the battle between Amber (good) and Chaos (evil). Corwin tries his best to save Amber as it is and fight back both the Courts of Chaos and his siblings who want other things (trying not to spoil the story here…). It is a fight that he seems certain to lose. It is a pretty chaotic conclusion to the first chronicles (Zelazny later wrote more Amber works) that seems to end with most story lines concluded. All in all I enjoyed the Chronicles of Amber, but they aren’t my favorite fantasy. I enjoyed the world that Zelazny built, both the idea of Amber and its Shadows, and the Pattern and the power it holds. In the end it felt to me like Zelazny tried to put a long list of things in the story, making it packed with fast paced action where I would have liked him to spend some time on things. Maybe I am spoiled/ruined by series that run 10 books and 15.000 pages (I am looking at you, Steven Erikson!). Mainly because the world-building fascinated me so much I wished Zelazny had spent more time (with me) in these books. Three out of five stars for this last book and the series.