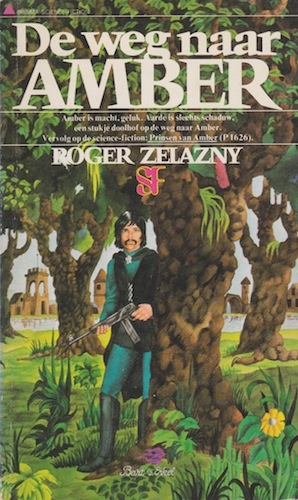 This is the second book in the Amber chronicles, with Corwin’s continuing fight against Eric and the siblings that stand with him. Two main subjects in this book are Corwin’s quest to get firearms to Amber (regular Earth firearms don’t work in Amber, but he’s found a substance that does fire in one of the Shadows) and the discovery of a great black road that runs through Amber and the Shadows that seems to enable evil creatures to enter the land, and that can capture ‘normal’ humans. He also meets a companion, Ganelon who accompanies him on his journeys.
This book is a nice continuation of the first book, and it really reads like it. It continues on right after the earlier book, feeling more like part two in one big book than a separate story on its own. Three out of five stars.