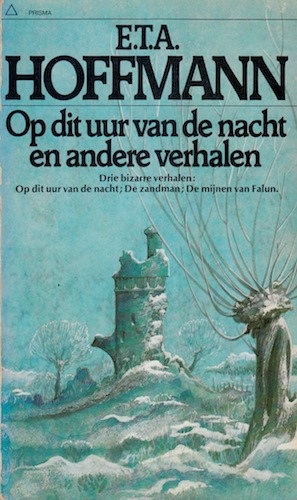 E. T. A. Hoffmann is a German writer from the end of the eighteenth, start of the nineteenth century. His writings contained elements of the supernatural and he is seen as one of the first fantasy writers. He was popular in the nineteenth century, one of his best known works is the story for the Nutcracker (which the ballet is based on). This collection has three of his stories.
Like with all older works, you have to keep in mind the period that they were written in. The style of writing and the world described are those of the early nineteenth century. The horrors experienced here are not (always) horrors that we would find as terrible as the characters (and readers) in that period. In reading it, it reminded me a bit of the works of H. P. Lovecraft (which I read earlier this year, so admittedly they are fresh in my mind). One character is driven slowly mad by the things he is experiencing. The stories were enjoyable, and I always find it nice to read older works that clearly have been an inspiration to many great writers who come after. Three out of five stars.