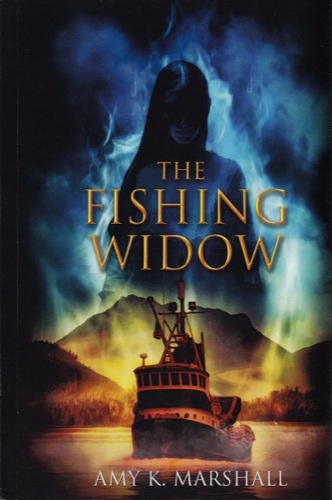 Fishermen tell tall tales. Native legends sound like tall tales. But what if neither were untrue?

In Alaska we find Colin and Ethan, who work on the fishing boat owned by Colin in the Sitka Sac Roe Herring Fishery. It becomes clear early on that they are followed by some weird occurrences and sightings, starting with the disappearance of an entire crew of a fellow fishing boat. It seems they (Colin and Ethan) in particular are targeted by whatever is happening.
We are soon taken back in time, to a whaler that is sailing in the same waters. The whaler pulls up a strange creature in its nets, and instead of heeding the advice of the native boy aboard, the captain shoots it and dooms the ship and its crew. They are cursed, the captain and his wife, and will be a scourge to the area for the rest of time.
When Ethan finds items previously owned by the captain’s wife, the curse becomes Ethan’s problem. And if they can’t stop it, it will take their whole crew with them.

If what I described above sounds confusing, that’s because that’s how I felt reading it. I never really got what the curse was (something to do with a deal between the demon and someone about hearts of hearts) and what the ‘solution’ was. The ending was really chaotic, and I have no idea what happened or why. I feel this has to do partly with the enthusiasm of the writer. She seems to want to tell everything about the Sitka Sac Roe Herring Fishery, about the boats they use, about native legends, about whaling in earlier times, about Spanish missions. While doing that she hops from character to character so quick (sometimes in one paragraph), and while using different names (in one paragraph she refers to Captain, Hartt and Priam, who are all the same guy) that I just lost track. And because of this, in the end, it didn’t really matter to me anymore. I feel this book could really do with a good editor, because I can see that the basic story could be pretty good, if it was trimmed, had better descriptions and clearer writing. It was enjoyable, but not really more than that. I give this book two out of five stars.