Among others by Jo Walton 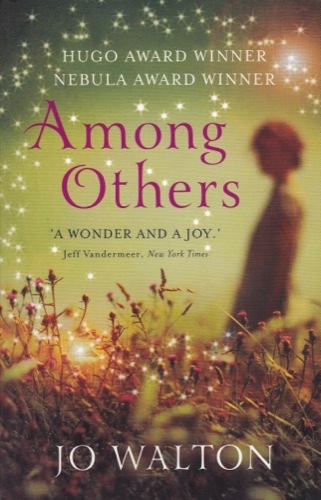 This book has two special stories. One is about a world of magic, with good and evil magic, where one girl, Mori, loses her twin sisters and flees her mother by going to a boarding school, thereby moving from magical Wales to a lot less magical England. Another is about that same girl trying to get through her teens, surviving partly because of her love of science fiction novels. As this is set in the seventies, we are talking about some major writers here, like Roger Zelazny (the Amber series is just coming out) and Ursula Le Guin.
The book was nominated for and has won many awards (it won the Nebula, Hugo, BFS and was nominated for the Locus, Mythopoeic and WFA). And I can see why. Both elements of the story drew me in and kept me reading. In one way, I recognized myself in Mori, with her love of books and science fiction. I have a fondness for the works of that period, and I am slowly discovering them, picking them up second-hand in thrift shops or from old collectors. I savor them, knowing I have some master pieces on my shelves waiting to be read. I looked up the list of works mentioned in this novel, and while I won’t go for completion in reading and collecting them (those novels are not necessarily the best or even good, just around in that period), it is lovely inspiration. The magical elements were a nice mix between classical ‘facts’ (the existence of fairies’) and originality. All in all just a very good, strong book. Five out of five stars.