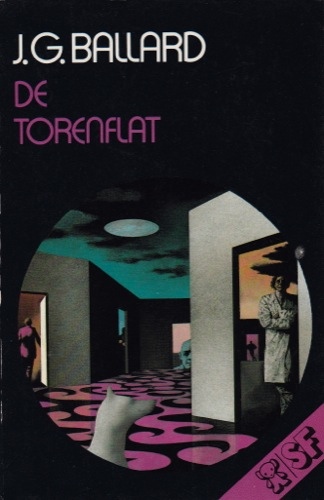 I collect science fiction books, older and newer ones, and for that reason have a few books by J. G. Ballard, even though I had never read one before this one. This one is also on the “1001 Books You Must Read Before You Die” list so to kill two birds with one stone I picked this book by Ballard as my first one to read.
It is the story of a high-rise in London, a huge building with hundreds of apartments, and things like a school, supermarket, hairdresser, swimming pools and a play ground for the resident. It is obvious that the higher up you get, the higher up in class you go, with the richest people (including the architect of the building) living high up, and the lower class living on the bottom floors. The mood the in building changes over a few months, first subtly, but later quite drastically. A war is starting to get to the top, with the bottom floors aiming for the top and the top ones coming together to keep them out. Pretty soon no one is leaving the building anymore or cares anything about the outside, the world in the high-rise is all that matters.
Even though the things that happened in this book aren’t nice by any means, I couldn’t stop reading because of some morbid fascination I had with the story. I just had to know how bad it could get, and how the main character ends up eating a dog on his balcony (the first line in the book). The story was pretty fascinating, but because this was a bit too unreal (no police or family ever investigates? no body has any qualms about fighting, starving, stealing or killing?), I couldn’t really connect. Three out of five stars, but I’ll be sure to read more by J. G. Ballard in the future.