Whispers Under Ground by Ben Aaronovitch 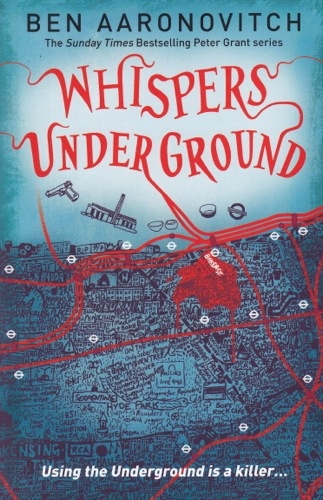 I’m addicted to this series about Peter Grant, who works for the London Metropolitan Police to investigate anything that ‘reeks’ of magic. It is kind of like a grown up world of Harry Potter, where magic exists in our world, and crimes happen where magic is involved. This book is about some mysteries underground, including a murder of an American (the son of a senator, which means the FBI sends their own agents to keep an eye on things), weird ceramic objects and a whole group of new and old magic characters and locations.
Peter Grant is more used to his role as magic PC, which is good because that means he can help Lesley get to grips with everything. This is another great part of the series, and just as much fun as the other two. I can’t wait to read part 4, what a great series. I give this book, like the other two, five out of five stars.