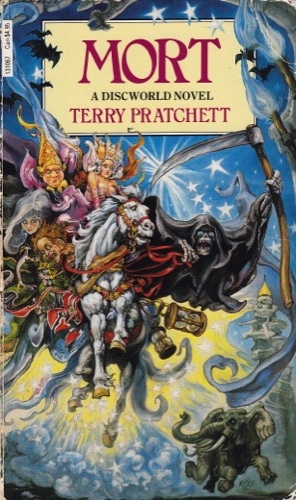 Another book in the Discworld series, the fourth (by order of release). This time focusing on a few new characters (although Rincewind makes an appearance), mainly Death and Mort, his apprentice. Death is like you’d imagine him, skeletal in a black robe with a scythe. He picks up Mort at a job fair where he is left as the last one without an apprenticeship. Death starts training him, and while Mort falls in love with somebody who is supposed to die, Death tries out human living.
The book is filled with Pratchett humor, the absurd logic and references to our world. I really like his style, and this book delivered. A great and fun little read, four out of four stars.