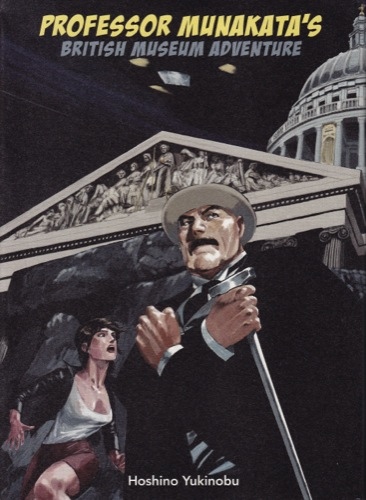 When we were in the British Museum a couple of weeks ago my DH found this manga from Japan (translated) about an adventure in the British Museum. How could we resist?
Professor Munakata is a Japanese professor who has travelled to the British Museum to give a lecture about Japanese culture. While he is there, Stonehenge is stolen. He figures out the clues that are given and helps apprehend the culprits, all while being in London, learning about some of the objects in and history of the British Museum.
The book is a really fun read, made more so by the extra content (an interview with the author and a piece about how the book came to be). The translation is done really well, with only the text being translated. A list in the back helps with the Japanese sounds and the book is read from back to front, right to left. This took a bit of getting used to, but was no problem at all. A really fun mix (for me) of Japanese style and culture and our beloved British Museum and England. Four out of five stars.