The Stone Rose by Jacqueline Rayner 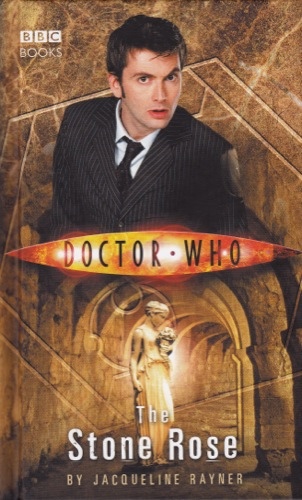 A good Doctor Who (new series) novel, with the Tenth Doctor and Rose (and a guest spot by the wonderful Mickey). Mickey has discovered a Roman statue in the British Museum that looks exactly like Rose, down to her earrings. He shows this statue to Rose and the Doctor, who travel to Rome in Roman times (because they must, so the statue can exist). They get tangled up in the disappearance of the son of a villa owner, who just at that moment is ready to reveal the statue made of that son by an up and coming sculptor. Rose and the Doctor figure out pretty soon that something is up (these statues are created in less than a day, carved from marble) and the true culprit really surprises them.
This is a fun quick read, with the same atmosphere as a TV episode of the series. Nothing too complicated (these books are for children) but entertaining nonetheless. Four out of five stars.