The Clockwise Man by Justin Richards 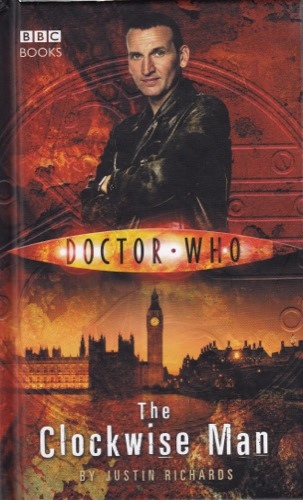 I’m a pretty big Doctor Who fan, although only of the 2005 reboot (I was too young for the original series and have no idea how to get into that one). Next to the series on the BBC and a lot of other merchandise, there is also a series of (children’s) books. For me, these books are episodes on its own. They are pretty quick reads, but as much fun as the show (with the same Doctor and companions) and great to read when waiting between episodes or seasons.
In this book the Doctor (9th) and Rose travel to London in 1924 to see the British Empire Exhibition but instead stumble upon a strange plot of attempted murder, displaced royals from unknown countries, a woman who never shows her face and weird cats. It reads like a true Doctor Who adventure, including references to the TV show, and is a lot of fun. Four out of five stars.