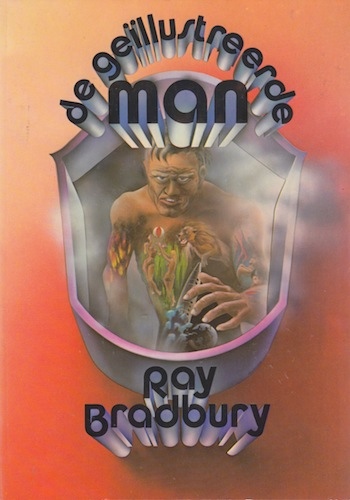 When I picked up this book I though it was one story about the Illustrated Man. Actually, it is a short story collection, built around the man. The man is a man with tattoos, but no ordinary tattoos. The tattoos predict the future, and in the evening they move, telling a story. The scariest tattoo is the one that is blurry, and shows the future death of somebody who has been with the illustrated man for a while.
The stories all take place in the future, with a lot of space-travel and futuristic technology. However, human psychology is always at the center of the story. For example, there is a story about the black people who have colonized Mars because of the terrible treatment they were getting on Earth (in the fifties/sixties). Now a white person has come from Earth to ask for their help after multiple wars have destroyed most of the planet. What will they do to their former tormentors? Another is about a group of astronauts whose ship has been destroyed and who are floating aimlessly through space, waiting to die.
The stories are all very good, and this is a very enjoyable collection. Great science fiction. Four out of five stars.