One Blood by Qwantu Amaru 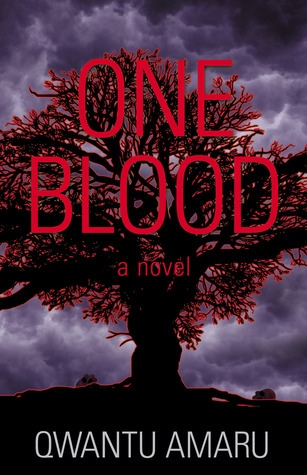 Note: I received an Advance Reading Copy of this book through the Early Reviewer program of LibraryThing.

This is the story of many characters, all having lives that are intertwined more than they know themselves. There is the white governor of Louisiana and his wife and children. The deceased (murdered?) first black mayor and his wife, now with another man who strives for black power and is into Voodoo. A baby given up for adoption. A psychic who is also into Voodoo and her daughter. And all will find out the ties that bind them when the governor’s daughter is kidnapped. Is this because of the curse that follows the governor’s family around through the ages? And how can it be stopped?

I enjoyed reading the book, although it could have been better. The story keeps jumping in time, to roughly three time-periods, to explain the characters. For me, this made it all a bit confusing, although I understand why the author chose to reveal his story a small step at a time. The two main themes where racial politics and Voodoo, starting with the first and ending with the latter. Both aren’t familiar to me from my own experiences, so all I know is from books and TV. Probably because of this I had to put some extra effort into following the story, and trying to keep track of who was what race and had which goal in mind. The Voodoo I just followed along with, but it could have done with a bit more back story and follow-up.

The ending was pretty chaotic, and like other reviewers have said, I can see it as a movie. As for the book, it was pretty hard to follow in some places, to keep track of who is where and doing what. There are also still many story-lines open (or at least that is how it feels, looking back). All in all an entertaining novel, pretty violent and with supernatural elements, three out of five stars.