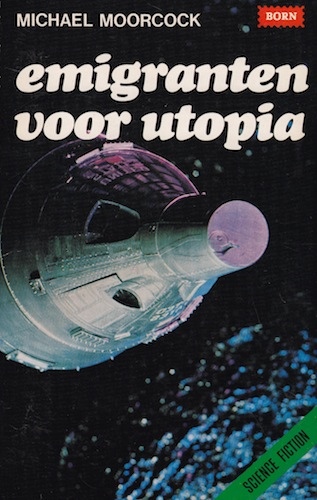 This is a pretty short science fiction book, taking place in two time periods. The main story line is the story of Ryan and twelve travel companions, traveling through space for Munchen 15040. His companions are in suspended animation, and he has been captaining the ship alone for years. While he is slowly losing mind, he remembers how they came to leave earth. At the beginning of the twenty-first century Earth descents into chaos. People are paranoid because of over population. All foreigners are kicked out of England, and slowly the people turn on themselves. Paranoia is huge, forcing people to stay in their houses, not have contact with each other and sleep most of their days away.
The book flips between Ryan on the ship, and his flashbacks of life before they left Earth. There is no clean separation between the two, and it gets more confusing as the story goes on, as Ryan gets more confused. Because of the confusing lines in the story, at the end, you don’t know what is real and what is paranoid delusion. Is Ryan really alone? Are the rest of the travelers really ‘asleep’? And did they even leave? Despite the book not being very clear, and the ending very vague, I really liked the story, because it conveyed the emotions very well. Four out of five stars.