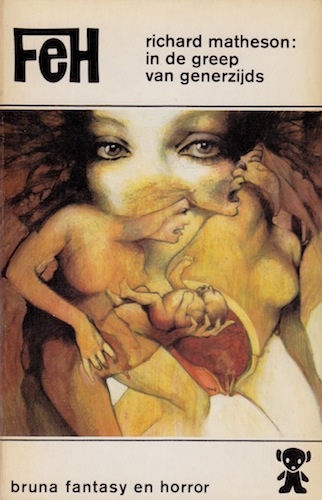 While I bought this book because of Matheson’s science fiction writings, it’s actually a work of horror or fantastical fiction.
Tom is a normal guy, living with his young son and pregnant wife in fifties California. At a dinner party his brother-in-law hypnotized him, just for fun. Famous last words, as this apparently activates a latent ability in Tom. He can empathize, he feels what others feel, and he gets visions that appear to predict horrible things in the future or happening miles away. The weirdest thing is the appearance of a woman in their house, a woman that he doesn’t know.
While this wasn’t quite what I expected, I did enjoy this book, especially the struggles of Tom and his wife and Anne to understand what is happening to Tom. The only thing I didn’t like about the book was the ending, which came about two pages too soon. Still, four out of five stars.