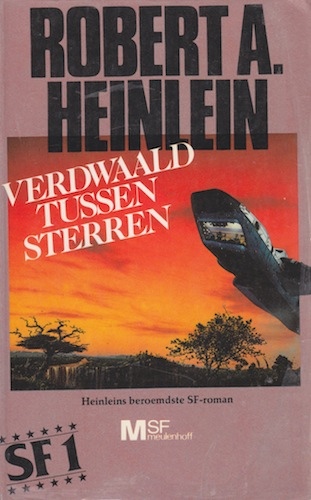 I was looking for some science fiction to read that I could be reasonably certain of I would like, so I picked up this book, by Heinlein. And I got what I expected and wanted so I am glad I did.
This is the story of the Ship. Sent out into space to travel generations to another star system it is still in space. But mutiny early on led to the ship’s purpose being forgotten, Earth being forgotten, even the outside being forgotten. Until the humans and the muties, mutants descendant from the mutineers, start combining what they know and some of them figure out what they are meant to do.
This was a very short and quick story. There isn’t much philosophizing or elaboration about why things are as they are, or how they should or would be. The story is filled with action and discovery, and I liked it. Four out of five stars.