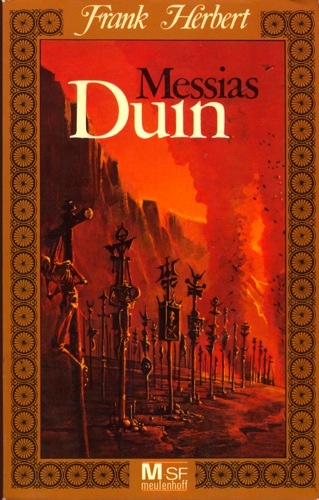 After loving Dune I couldn’t help myself and I went right to the second part in the Dune series, Dune Messiah. It’s twelve years after the ending of Dune. The jihad of the Fremen is raging through the universe, leaving billions death and the Guild and Bene Gesserit are noticeably less influential than they used to be. I can’t say much more about the plot without spoiling the first book, but the main issue is a plot to kill Paul and return the Guild and the Bene Gesserit to their former greatness.
This book is so much more philosophical than the last one, which makes me think that I may need to read this again in a couple of years. It is a great continuation of the previous story, expanding the story and the universe. A great sequel, four out of five stars.