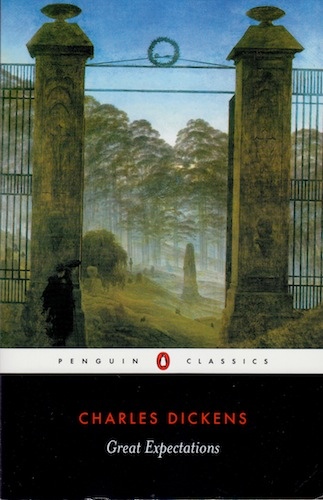 One of the classics that has been on my wish list for a couple of years now is Great Expectations by Charles Dickens, and a few weeks ago, Sinterklaas brought the book with him for me. This is the first book I have read by Dickens, but of course I know his stories (especially A Christmas Carol) from other adaptions.
In this book we hear the story of Pip, an orphan raised by his sister and her husband. They are poor, and his sister isn’t very nice to Pip. But in his life several things happen that lead him to have great expectations. He meets a scary escaped convict on the marshes, he get called to a strange single lady called Miss Havisham (who I knew from the Thursday Next novels), he gets his apprenticeship as a blacksmith, he gets a great offer, he finds out who is who, and in the end, everything is connected.
Even though the story is flowing from one end to another, and the changes sometimes seem a bit random, I really liked this book. The descriptions were great, as was Pip. He has his flaws, but he knows this and admits this. I couldn’t put this book down, and am glad I finally read it. Four out of five stars.