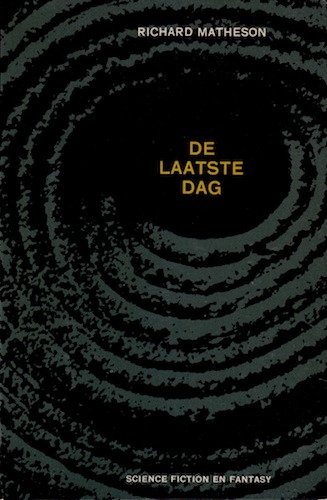 As break from another book I am reading I read the short story collection De laatste dag (with stories from The Shores of Space and Shock!) by Richard Matheson. The stories are science fiction and horror stories. Most of them seem pretty normal, taking place in the nineteen-fifties on earth, and then take a turn for the weird, horrific or futuristic.
The stories range from weird aliens on earth, strange space-travel, a 2003-way of dealing with over-population, stories dealing with identity and straight-up horror stories. The book doesn’t really show it’s age (if you ignore the smoking going on in the future). Most stories seem familiar because they have been done many times, but those were original back then.
It is a great read, a classic collection. Four out of five stars.