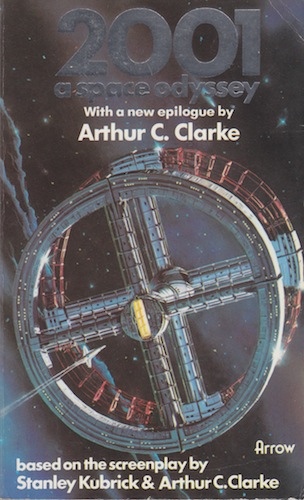 This book was written at the same time as the script for the Stanley Kubrick movie. I have never seen the movie, but if it is as good as the book I must see it. All I knew about it before reading this book was about HAL, the onboard computer who says “I’m sorry Dave, I’m afraid can’t do that.”.
The book is divided into three parts. The first part takes place three million years ago, before humans were humans. The second part takes place in the nineties, when mankind discovers a strange artifact on the moon. The last, and biggest part, takes place during a mission to Saturn. This last part is where HAL shows up, the cognitive on board computer with its own mission.
I really liked this book, another one of those classic science fiction works that holds up well over time (if you ignore the dates, we should have bases in space by now). The ideas are original, realistic and out there. Especially great was the section in the back, written by Clarke in 1982, about how the book held up over time (it is from 1968, before the first moon landing even) and the influence it has had on space exploration since then. A must read for science fiction fans, four out of five stars.