The Growing Pains of Adrian Mole by Sue Townsend (FRSL) 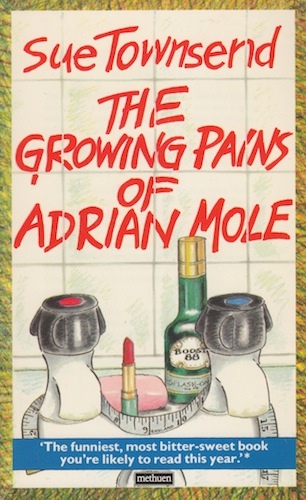 After reading the first Adrian Mole book a while ago, I couldn’t resist when I saw this one, the second one, for a few cents in a second hand shop. In the case of this series, I think if you like the first, you’ll like the rest, and if you don’t you won’t.
This book comes right after the first one ended. His parents are trying it together again, he is with his girlfriend Pandora, he is hitting puberty. For a seemingly smart boy he can be pretty far from the real world sometimes. He always tries his best, but the assumptions he makes are not quite real. This leads to some humorous and cringe-worthy situations. I really likes the first book, and liked this one too. Four out of five stars.