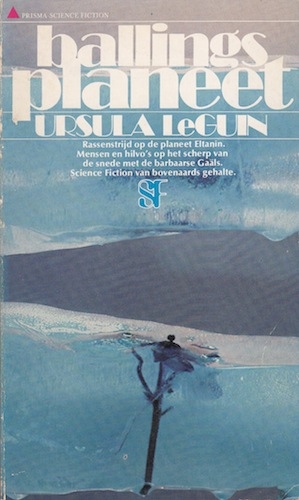 My hundredth book of the year! This is another one of the books by Ursula Le Guin taking place in the Hainish Cycle. Humans are living in exile on a planet where the seasons last three-thousand years and the native humans are living a nomadic life. However, the humans were left on the planet when an interplanetary war broke out, and it is now six-hundred earth years later. Winter is coming and with it the barbarian Gaäls who are ready to attack all humans, natives and earthlings alike. So now they have to forget their cultural differences and fight the Gaäl together.
The story is short, and covers several topics. Two cultures working together, preparing for a different season, history, the sustainability of alien races on different planets, ethics, love. And all that in in a little over 150 pages. I really liked the story, especially knowing it fits in a bigger universe of stories.