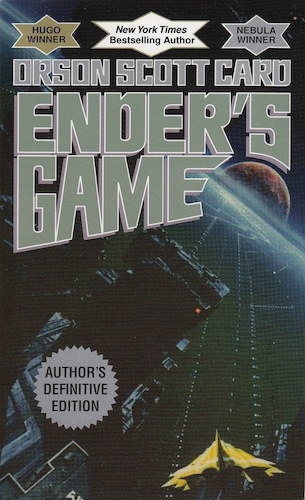 This book has won so many prizes (both a Hugo and Nebula) and was recommended to me so many times I just had to get it and read. While I was apprehensive about if I would like it (I’m usually not for big space wars and invasions) I could not put it down.
It’s the story of Ender, a boy who has been picked out and is being trained to serve or command a human fleet to fight against the buggers, aliens who have attacked Earth twice before. While Ender seems to have talent, the training is incredibly hard.
The writing swept me away. Most of the story is told from the point of view of Ender, but some parts are told from the army command or Ender’s sister Valentine’s point of view. Throughout the story it is easy to forget that Ender is a very young boy (he is six when he is chosen), but when you realize is, an read the second to last chapter, it makes the whole story that much more impressive.