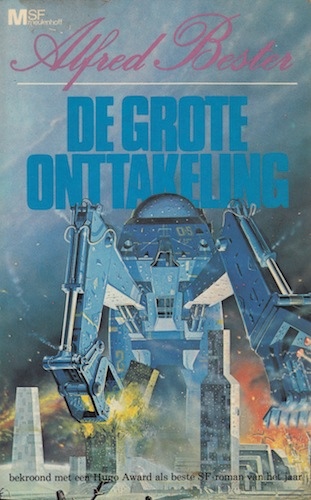 This book won the first Hugo award back in 1953. It takes place in a future New York where mind readers are abound. Because of them it has been seventy years since the last premeditated murder. So you have to be very clever or stupid to plan and executed a murder. That is what happens in this book. The first part covers the planning and execution of the murder, but the larger second part is dealing with how the (mind reading) police will solve this murder to the satisfaction of the computer that deals out the final verdict. And then it turns out to have a whole different background.
While you can see the age of the book, and how much science fiction writing has evolved since then, the book is still pretty good. I would have liked a bit more explanation about of the issues, but I still really enjoyed the book. Four out of five stars.