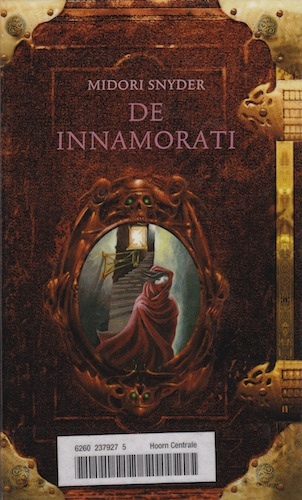 This book takes place in Italy, in late medieval/renaissance times. We meet several characters who are all unhappy in their lives because of a (believed) curse they carry. An actor stutters, an artist can’t create, a soldier looses his weapons, a sirene loses her voice. All have heard of Labyrinto, the town containing a labyrinth. It’s magic and if you can get in, survive the journey and find your way out, your curse will be lifted.
In the first part of the book we meet all the cursed characters and their support. Someway or another they all enter the labyrinth where they really have to think about what it is they want, and what it might take to get. The second part of the book takes part in the labyrinth. Inside the labyrinth is a world of Greek mythology that can help or hinder the characters in attaining their goals.
I really liked the original (to me) ideas in the book, the journeys of the characters and the temptations they faced. The resolution at the end, while a bit corny did fit the story, and was good.