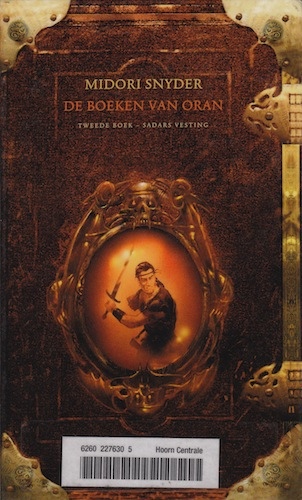 This is the second book in the Oran trilogy by Midori Snyder. Different characters are being followed. The group fleeing from Beldan, an Oran farm girl and her Silean boyfriend, queen Zorah, and of course the New Moon. The situation in Beldan is terrible, there is not enough food or water, the taxes are high and all is going to Silea and the Silean war effort against the Oran. Meanwhile the children with magic, Jobber and others, start realizing how important they are to bringing change to Oran.
Snyder did some short recaps in the beginning of the book which were nice for those for whom reading part one has been a while, but were unnecessary for the whole of the story. The story itself is pretty fast paced and exciting. The Dutch edition did have some editing errors which were annoying, but the story was good. Four out of five stars.