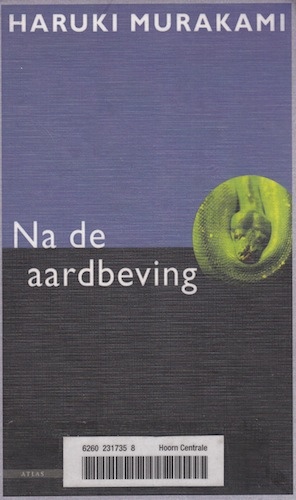 A collection of six stories by the great Haruki Murakami. All these stories take place in februari 1995, a month after the big earthquake in Kobe, and a month before the sarin gas attack in the Tokyo underground. But none of the stories take place in Kobe, and none of the people were in Kobe during the quake. All stories have characters that have their life affected by the event. Some of the stories have magical realistic elements that we know from Murakami, some don’t. All have something to do with who the characters are inside, what is inside, and which way their life is going.
Great writing, but I do like his novels better so you as a reader can invest more in the characters and the weirdness. But still, I liked it, so four out of five stars.