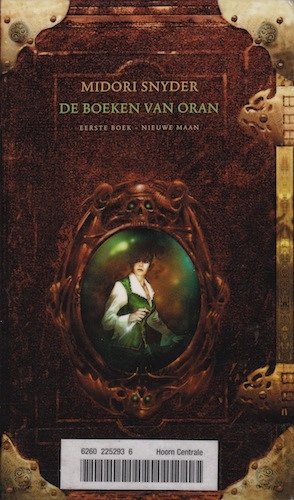 I was attracted to this book by the beautiful cover. It is a fantasy story about the country Oran. Two hundred years ago, in a war, the Fire Queen beat her sisters the Water, Earth and Wind Queens. She has been ruling over Oran ever since, with help from the Sileans, a military people from a neighboring country. The people of Oran are being repressed, and to keep her power, the Fire Queen kills all Oran children who show signs of having magic.The story is set in Beldan, the capital of Oran. There is a conspiracy going on, called the New Moon, who want to rid the country of Silean rule. Meanwhile, in the streets kids with magic are disappearing.
This book is the first in a trilogy, so the story doesn’t really end and feels like the set up for the rest of the story. That is not a bad thing, because there is enough action here to keep you going. A nice fantasy world with an action packed adventure. Four out of five stars.