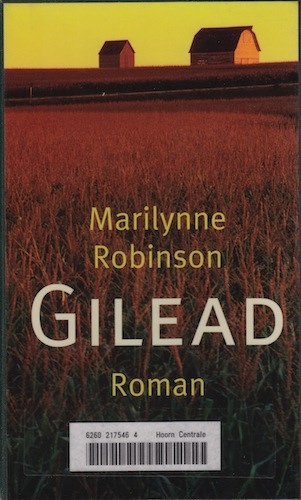 This is a book, maybe more of a diary or long letter, written by Reverend John Ames to his seven year old son. Ames is 77, its 1957, and he knows he is going to die soon of a heart condition. Throughout the book, which is a long continuous story, without chapters, he both tries to convey wisdom to his son, and describe what is happening in his life, in his town, at that moment and in the past.
A large part of the book is about faith, which didn’t really appeal to me. However, the other part, which was more about Ames’ life, I really liked. He talks about his grandfather and the American Civil War, his father, his atheist brother, his first and second wife, and the joy of his son. His father and grandfather were both also reverends in Gilead. I really enjoyed the book, the writing was great, John Ames is a great character, a great man, and the other people in the town were also good characters. Four out of five stars.