The Sparrow by Mary Doria Russell 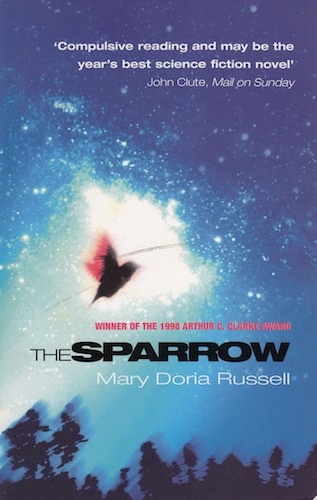 Another one of the books that was recommended to me many times by the people on LT. This is the story of when the SETI project finds an audio signal from Alpha Centauri. The signal turns out to be a song. While everybody is debating what to do, the Jesuits send a mission. Not to convert, but to learn. Forty years later there is just one survivor, a Jesuit priest.
The book tells both the story of how the mission began, and in alternating chapters, the story of Emilio Sandoz, the sole survivor. Although certain ‘facts’ about what happened are told early on, the full story is told slowly. Russell takes a while to establish the characters, but the experience on the planets itself is told rather quickly. Too bad, but I get that the planet itself didn’t matter that much to story. I really liked the book and give it four out five stars.