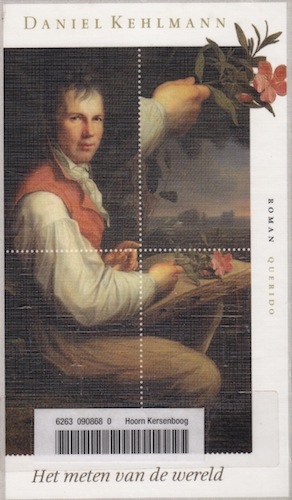 This book deals with two famous scientists from the nineteenth century, the adventurer Alexander Humboldt and the homebody Carl Friedrich Gauß. They meet, and in alternating chapters their life stories are described. The contrast between the two is large, Humboldt loves and craves adventure, where Gauß wants to stay home and focusses on theoretical science. Halfway through they meet, and the rest of the book is a mix of both their stories.
The writing in the book is great, with some humor and lots of facts. A couple of months ago I read Humboldts abridged travel journal, which made this book even greater, offering a human side to the travelling scientist. A very nice read for those who like the nineteenth century scientists. Four out of five stars.