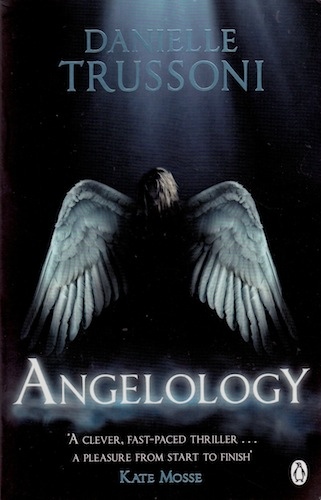 Het uur van de engelen (Angelology) is an historical adventure novel taking place in a world were angels are real. The children of humans and angels, the Nephilim, are terrible creatures who want to exterminate humankind. Angelologists, scientists who have been researching the Nephilim and angels since the beginning of time, try to win the war for the humans. In this book we follow Evangeline, a young nun from New York, but also the story of her grandmother and her friend.
The story has a nice historical element that tries to explain the mythology here. It’s not quite pro-Christian, but the author makes it clear that humanism, atheism, Darwinism and movements like these are developed or propagated by the evil Nephilim. That wasn’t necessary for me, but all in all I enjoyed the book as an entertaining read. The ending left room for a start of a series of Angelology books, so I was not surprised to see that there is already a sequel. Three out of four stars.