The Algebraist by Iain M. Banks 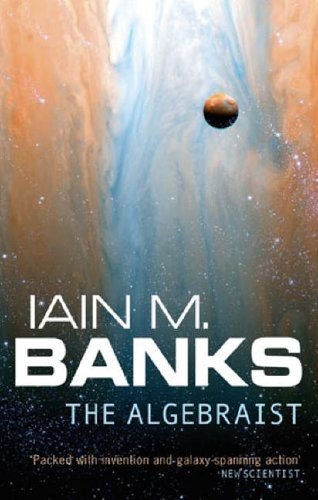 After many book of ‘real’ fiction I finally picked up some science fiction again, by one of my favorite writers, Iain M. Banks. This book is not part of the Culture universe. I would actually qualify this as an anti-Culture book. There are civilizations like the culture, there is AI, there is influence on other races, but the clue is, that now this is all (explicitly) evil.
The story follows a Seer, a human who interacts with Dwellers on a gas giant. Apparently, on one of his expeditions, he has discovered something important. Something that many other people want bad enough to attack his planetary system for, only he doesn’t quite know what it is.
It took me a bit to get in this book, before I ‘got’ the world that Banks created. There were a few story lines, a few flashbacks and many races. But like he always does, in the end Banks brought it all together in a great finish. Four out of five stars.