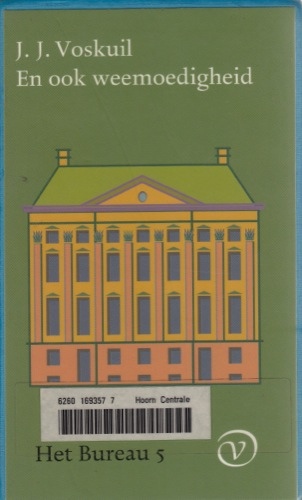 This is the fifth part in the Bureau series about Voskuil’s working life as department head of a research agency doing research into material culture. It’s a direct continuation of the previous four books, in the same style. The Bureau is under threat of financial cutbacks, and bureaucracy is invading the work place. Meanwhile Maarten realizes more and more that there is a big distance between him and his staff. Also, slowly around him everyone he worked with for so long is getting old, retiring, getting sick etc.
I enjoyed this book as much as the others, recognizing some patterns of behavior in the people I work with. But the book is also a bit depressing, the feelings of being useless and powerless that Maarten has. Two more books to go before Maarten retires himself.