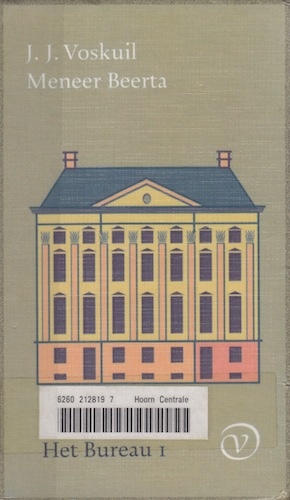 This is an autobiographical novel about the authors work at the Dutch Meertens Instituut. The story starts in 1957 and ends in 1965, although the whole series (seven parts) goes to 1987. The author (and main character) doesn’t take the scientific world (humanities) too seriously, and neither his work. This clashes with other people he meets during his work as head of the department for popular culture, especially with the director, Mr. Beerta (based on Mr. Meertens).
I love the dry humor, the slowness of the story, the language used, the reactions, the people. I recognize some situations in a modern form from my daily work. I found this book very enjoyable and couldn’t put it down. I cannot wait to start part 2.