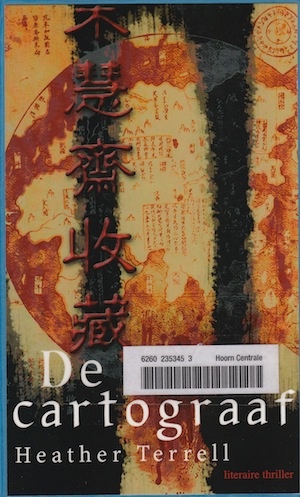 A book in the style of The Da Vinci Code about a world map from China that predates all European maps from the fifteenth century. This map is found at a dig in Xi’an and promptly stolen.
The story alternates between China in the early fifteenth century, Portugal in the late fifteenth century and now. Te writer tries to write an exciting adventure but for me the story was too short, too hasty and not well developed. The writer also seemed very keen to have the characters recite dry facts to give the story some context, but it felt very out of place.
My conclusion is that the premise of the story was nice, but the writing let it down for me.