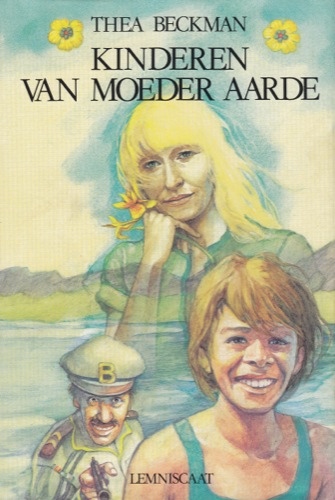 A Dutch classic (by one of The Netherlands’ favorite writers, Thea Beckman), this is the story of Thule. Thule is the land founded on the island of Greenland, after World War 3 has pretty much destroyed the world and caused the poles to shift. Greenland’s ice has melted, and Thule is a very nice place to live. Thule is ruled by women, men have no right to power or weapons, because they have caused the war and destruction by not respecting nature and each other. Nature, Mother Earth is extremely important, and they make sure they destroy nothing. But as the son of the Konega (the supreme ruler of Thule, but in an extremely democratic and open way) is not very happy, he wants to be something more than a breeder for future Konega’s. And then a ship appears, from (former) Europe. The land Baden is founded there, by men, who have rediscovered steam power, electricity, and weapons. They rule their country in an authoritarian way, exploiting and destroying it. They ‘discover’ Thule and decide to take it, because what can unarmed women do about it. Christian, Thura (his common girlfriend) and the people of Thule must decide what to do, and how to preserve their beautiful land. And maybe get some equality for the men while they are at it.
When I started this book (because it was such a classic) I was afraid that it would be very feministic, and man-bashing. I was afraid Beckman would show us how good the pacifistic women of Thule are, and how bad the violent men of Baden. But it wasn’t that bad. The women realize they need the men, the Badeners aren’t all that bad, and it wasn’t as idealistic as expected. I really enjoyed the read.