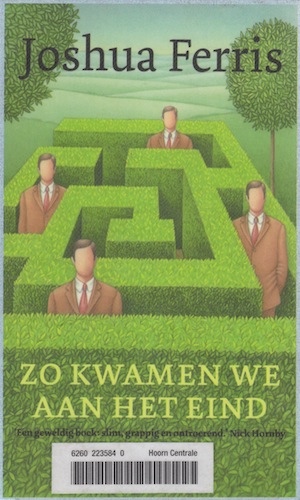 I have no idea really why I picked this book. Maybe it was the English cover with the Coca Cola lettering that intrigued me. And the subject matter, life at an office (ad agency in Chicago) spoke to me. I really liked the book, which is written from the first person. He works at an ad agency when the internet web bubble burst and people start getting fired. He talks about the office gossip, and tricks they pull on each other. About the reactions to getting fired. About personal matters. I couldn’t put it down, I really liked it. And I don’t really know why. But I liked the characters despite their flaws, and wanted to know what would happen to them. A very nice book.