The Fall by Guillermo del Toro and Chuck Hogan 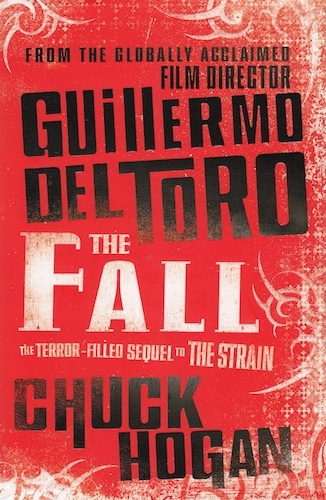 Part two of The Strain trilogy (I read the first book last summer, the third isn’t released yet). This book deals with the breakdown of civilization, a bit more history of the original vampires and Sektarian and how our heroes are fighting back.
The book contains some flashbacks to the first book, short enough not to be annoying but long enough to remember all that happened before. The story itself seems to be pretty depressing, humanity seems to be fighting a losing war, but even though I am not a fan of depressing stories, I cannot wait for the third and final book in the series. Four out of five stars for my first book of the year.