The Templar Legacy by Steve Berry 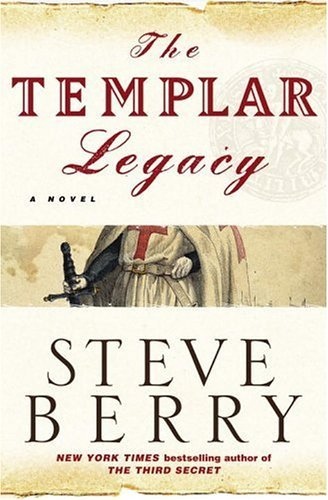 This a reread for me. The Templar Legacy is the first book by Steve Berry in the Cotton Malone series. I have most (except the one that was just published) but never read them in order. So I decided to read/reread them all.
The books by Steve Berry are comparable to Dan Brown’s Da Vinci Code books, but I like Berry’s books better. They are more fast paced, and I like the historical mysteries far better. Plus Steve Berry never claims to write the truth, just entertainment.
Anyway, like the title says, this book deals with the legacy of the Templars, the order supposedly destroyed in the fourteenth century. Cotton Malone, a retired special agent gets involved in a search for the legacy of the Templars and meanwhile is followed and attacked by their new master. A lot of action and a historical mystery too. For fun this is a great read. Four out of five stars.